3.Test method: initially weigh the cell, m0Put the cell to be tested into the corresponding channel of the device, open the MISG software, set the corresponding cell number and sampling frequency parameters of each channel, and the software automatically reads the volume change, test temperature, current, voltage, capacity and other data.The gas composition test uses GC-2014C gas chromatography, with 1mL of gas removed in the glove box, and different gas concentrations are tested with TCD and FID detectors, respectively. The measurable gas types are shown in Figure 3. 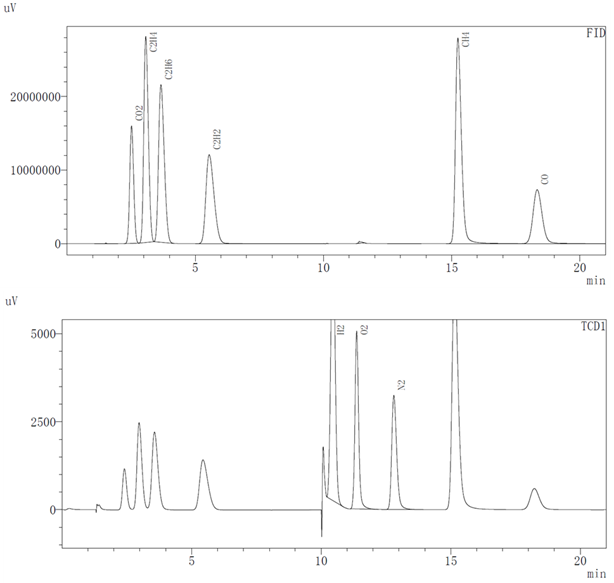 二、Analysis of the results of overcharge and overdischarge gas production

As shown in FIG. 4, the volume and voltage change curve of the lithium ion from the positive electrode during the normal charging stage of the charging cell, the voltage increases, as the voltage increases, and the cell volume increases, and the process of graphite can reach 10%[2]。Graphite negative electrode is a typical phased interlayer lithium embedding process. After lithium ion is embedded, the layer keeps the plane. The graphite layer and the embedded layer are arranged in parallel, and every third layer, 2 and one layer are regularly embedded to form Li-C interlayer compounds (LiCx) with different phases such as 3,2 and 1.The initial stage is stage 4, and the state of each three layer of lithium ion is called stage 3, which corresponds to Li0.3C6Compounds, with a relative lithium concentration of 33.33%.Each two layers of lithium embedding is stage 2, corresponding to Li0.5C6, The relative concentration was 50%.After the graphite is completely embedded with lithium, the LiC is formed6Compound, one lithium ion embedded in the middle of every six hexagonal carbon atoms, is a 100% relative lithium-embedded concentration[2]. As shown in Figure 5 shows the change of the negative state in the normal charging stage of lithium ion cell. The above lithium embedded stage is in a completely ideal state. The actual lithium embedded state inside graphite is more complex, which is often a mixture of multiple stages.The volume change of the corresponding cell charging stage is mainly related to the structural phase change caused by the negative electrode lithium embedding[5], In the initial stage of charging, with the increase of lithium embedded, the volume of graphite lattice expands, forming the expansion curve with the larger slope of the first stage, the lattice size of graphite changes least between x=0.2 and 0.6, and the expansion appears a platform curve; LiC6The layer spacing of the phase is significantly greater than that of Li0.5C6each other.equal LiC6The maximum slope for the increase of the corresponding thickness change occurs in the presence of the phase.

Figure 4. Volume change in the normal charging stage of the overcharging cell 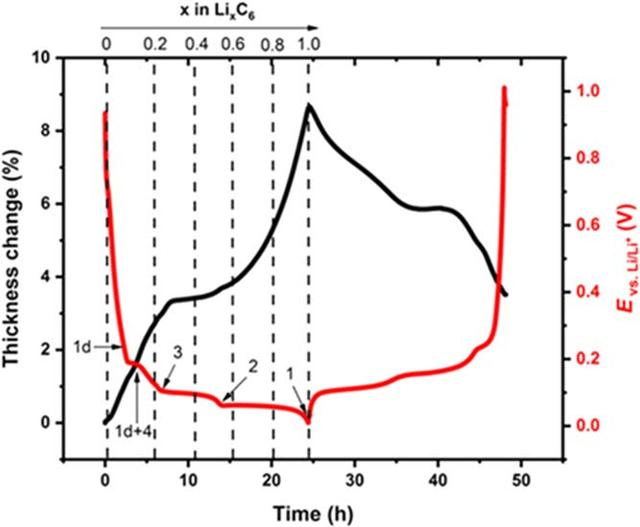 For full L FP cell continue to charge, get the voltage and volume change curve as shown in figure 6 (A), from the volume changes, and overcharge to 110%SOC volume has obvious inflection point, can preliminarily judge the cell has begun to produce gas, the corresponding voltage is 5V, continuous voltage in 5V, volume change is still in the increasing trend, and the cell can see obvious bulge phenomenon.

Cell process of voltage and volume change curve as shown in 6 (B), the early volume change no obvious change, and to 0.4V volume change has obvious inflection point, preliminary judgment of the cell gas, continue to keep the cell in the low voltage condition, the volume change has the trend of continuous growth, at the same time also has a slight bulge phenomenon. 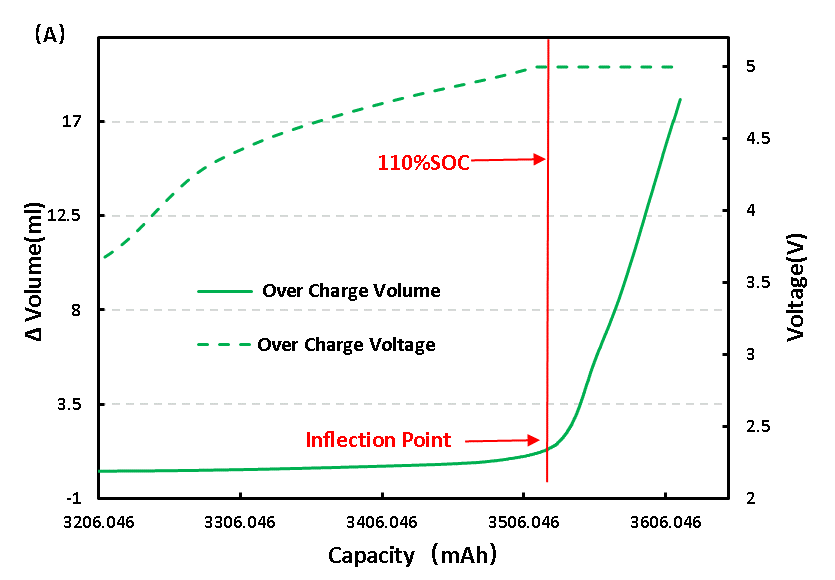 2.Analysis of the composition of overcharge and overdischarge gas production

1m L of gas was removed from the gas producing cells after overcharge and overdischarge and qualitatively analyzed by gas chromatography. As shown in Figure 7,8 and Table 1, the gas producing components of overcharge and L FP system cells, H2All have a high proportion, which may be due to the gas produced by water absorption on the negative electrode, according to the results[4], Under vacuum, when the water begins to deattach at about 350K, the activation energy of its deattach is 1.3e V, and the main gas produced is H2This is also the actual production process of lithium ion cell, the need to strictly control H2O One of the causes of impurities; besides, high voltage may produce H2. From the gas phase composition detection results, for overcharge and overdischarge gas cells except H2In addition, the overcharging core and C O, CO2、C2H6、CH4reach C2H2Gas, this is mainly caused by the side reaction of the cell material and the electrolyte, in which the overcharged gas cell in addition to the same gas type, but also detected a high content of C O and CO2Gas, which is also consistent with the previously reported overcharged gas production composition of the L FP cells. 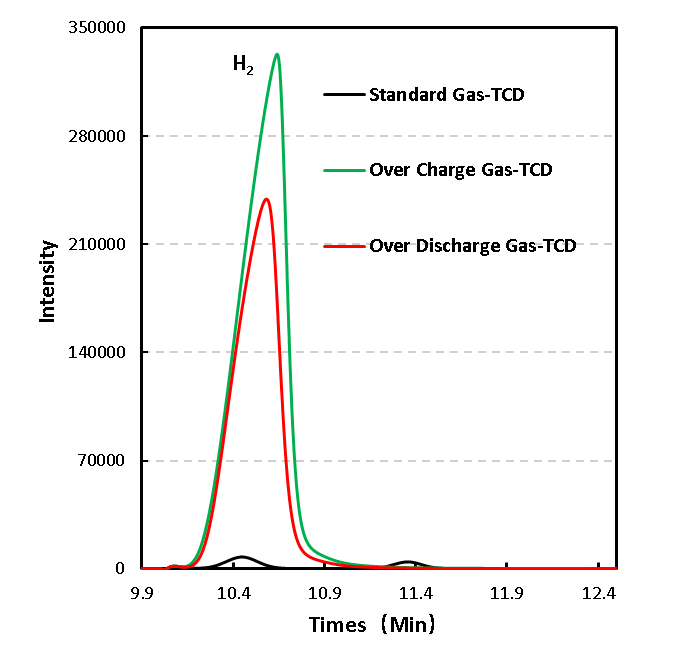 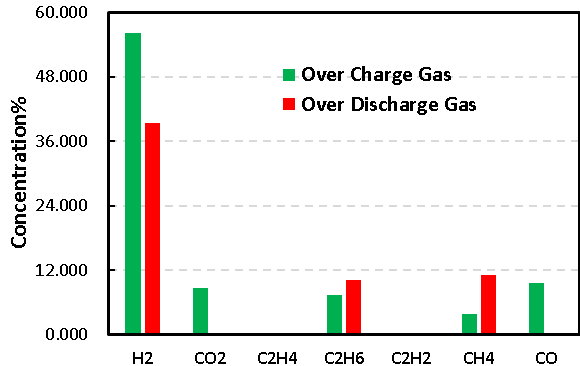